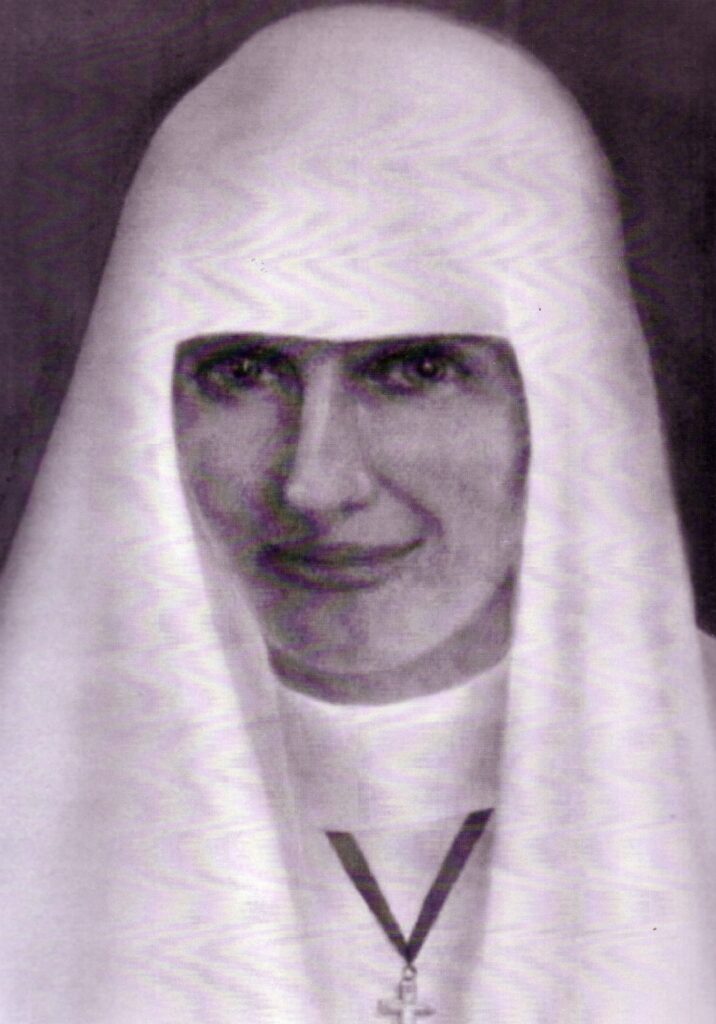 History of Mother Mary Charles Magdalen Walker, RSC, (Foundress of the Congregation of the Handmaids of the Holy Child Jesus)

Mother Mary Charles Magdalen Walker was born on the 16th of March 1881 at Brighton, England. Her parents were Colonel Edward Walker and Josephine WoodHead. She was educated in Mayfield, Sussex-England.

She was admitted into the Congregation of the Religious Sisters of Charity in Ireland in 1901 and in 1904, she made her first religious profession of vows. She was later appointed teacher and head-teacher in many schools in Ireland for twenty years. During this time, she was opportune to author two books: Caritas Christi Urget Nos (the Charity of Christ Urges Us) and the Catechism Notes. These books were used for many years in schools in Ireland, England and Australia. The books also helped her in education, formation, evangelisation and Christianisation in Southern Nigeria. Besides, she also published many articles in various European Journals. One of her articles worthy of note is “Education of Girls in Southern Nigeria”, published in the International Review of the Missions.

Appeal to become a missionary in Africa

In 1919, following the withdrawal of the Sisters of St. Joseph of Cluny, a French Religious Institute, from the Vicariate of Southern Nigeria, Bishop Joseph Shanahan CSSp. made a special appeal to the Religious Sisters of Charity, Dublin, for Sisters, stating that if sisters fail to render assistance, “the evangelization of women and children would forever remain unattended to, as priests were unable to carry out this ministry.” This appeal lingered on with much discernment for many years. Eventually, Mother Mary Charles Magdalen Walker had to write to Pope Pius XI, requesting for permission to work among the blacks of the Vicariate of the Southern Nigeria. This request was granted on the 11th of June, 1923. Consequently, she left for the missions in Nigeria. She arrived Calabar on the 3rd of October, 1923. On arrival, she was given a warm reception at the beach by the people of Calabar despite the torrents of rain.

Mother Mary Charles Walker’s first assignment was to teach in St Joseph Girls’ School under Miss M. Martin who was then in charge of administration in the school. Sister Magdalen Walker (as she was known) took over the management of St. Joseph Girls’ School at Calabar in 1924 which at the time was at the point of being closed down by the Government as a result of lack of teachers and poor management. With this, she quickly adopted the student-teacher system to meet up with the challenge of insufficient teachers and also introduced the Montessori Method of education. These innovations led to the achievement of a high standards. This prompted Bishop Joseph Shanahan, CSSp on the 19th November, 1927 to write a congratulatory and appreciation letter to her. She carried out many educational and humanitarian works, including the adoption of the Montessori Method in schools, literacy of women and training of girls, opening of vocational schools, training of teachers, Provision of homes for twins and their ostracized mothers, Pastoral works, catechism classes, and medical services which are discussed below:

The Montessori Method, Training of Girls and Women’s Literacy

Mother Mary Charles Magdalen Walker, our Foundress operated Montessori Method in St. Joseph Girls’ School, Calabar and clearly stated that Montessori Method was different from Kindergarten since it develops different qualities in children, trains the whole child through learning skills. She organised the school so well with Montessori Method that in 1926, it was classified A+ by Government Inspectors.

About the training of girls, Mother said “I want to take hold of great multitude of our girls, and ground them in the elements of Christianity and civilized womanhood” (MCMW) as found in her article: “Education of Girls in Southern Nigeria.” Here, she explained the need for training in self-control, earnestness, reliability and responsibility. She said in another place “the Native girl is capable of excelling in every virtue, only time, patience and opportunity are required.”

She enlarged the curriculum of her schools from the three “R”s to include Domestic Science, Home Management, Needle Work and Crafts for women with the aim to provide a comprehensive education with firm character formation. Mother planned and established vocational school for girls who had passed school age and those preparing for marriage. Their curriculum included Horticulture, Domestic Science, Crafts, Needle Work and Raffia Work.

Mother made literacy available to women not only in Calabar but also in other towns and villages of the Vicariate. As such, she established convent schools at Asong, Ndon Ebom, Eman Uruan, Ikot Ekpenyong, Ikot Ansa, Ifuho, Essene and Edem Ekpat.

“Every Teacher is a Catechist and Apostle” (MCMW). One of the greatest challenges that faced the Vicariate of Southern Nigeria was lack of female teachers. Mother opened a teacher training college in Calabar to train women to become qualified teachers. Hence, she wrote in 1929, “there is a large school in Calabar which will be a training school for teachers of the whole Efik and Ibibio land.”

Mother arrived at the time when twins and their mothers were ostracised from their communities. Through her love and compassion, she accepted them as children of God and provided homes for them.

Through pastoral works and teaching of catechism, Mother was able to reach out to evangelise and bring Christianity to women, children and others who came in contact with her.

Mother Mary Charles Magdalen Walker was involved in medical services. She built a dispensary at Anua and provided medical care wherever she served.

Mother Mary Charles Magdalen Walker – the Foundress of the Congregation of the Handmaids of the Holy Child Jesus (15th January, 1931)

Mother Mary Charles Magdalen Walker, RSC had a unique grace to inspire and nurture religious vocation. This was manifested in her founding of the first native sisterhood in Nigeria with four of her girls. Thus, on 15th January 1931, after five years of aspirancy and formation, the first indigenous Congregation in West Africa named Handmaids of the Holy Child Jesus was founded by Mother Mary Charles Magdalen Walker, RSC.

The Congregation is international and missionary in character. The congregation presently has the numerical strength of over nine hundred Sisters. These carry out the same apostolates as introduced to them by Mother Mary Charles Magdalen Walker, the Foundress. in different countries which include, Nigeria, Cameroon, Ghana, Kenya, Sierra Leone, Togo, USA, Canada, England, Germany, Italy and Grenada.

By God’s special grace, Mother worked in Southern Nigeria for ten uninterrupted years. Later, providence took her to Zambia where she continued her work of evangelization. She died on the 27th February, 1966. Mother had wished to live, work and die in Nigeria. Hence her daughters, the Handmaids of the Holy Child Jesus went to Zambia in 1981 and exhumed her remains. She was thereby laid to rest at Mother House of the Handmaids of the Holy Child Jesus in No. 130 Calabar Road, Calabar, Cross River State